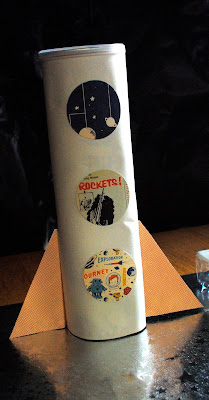 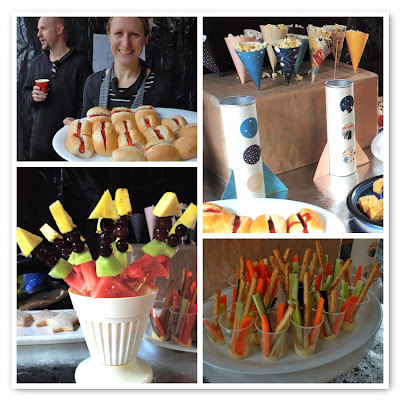 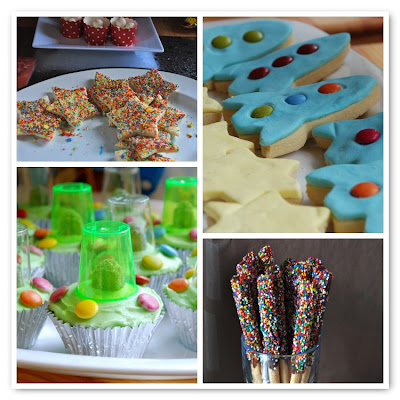 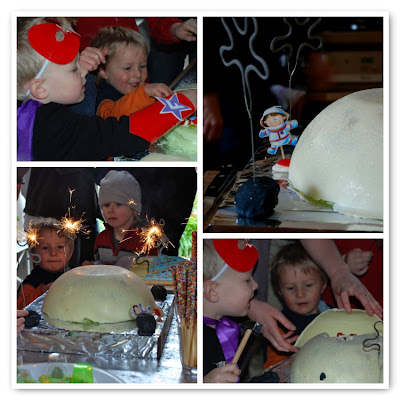 - Cake was originally planned to be something else completely, but after a few mishaps in the kitchen, at around midnight the night before the party it became a moon covered in edible glitter with an astronaut (candle) and some star shaped sparklers.  The birthday boy smashed open the chocolate layer at the party to reveal a cake covered in lollies underneath.  The excited & surprised look on the kids faces was so worth it!  Check this out for a fun animation of how to make a smash cake, or for detailed instructions look up every Aussie’s favourite birthday cake book.


Have you ever had a ‘mishap’ & then covered it up to create a last minute, flying by the seat of your pants, winner?
For more details on the rocket party click here.
For more frog, goose & bear party ideas click here.

* made by sister Lou who even used star shaped sprinkles – how cool!
**originally on skewers these rockets and stars fell from a high shelf, around the time the cake mishaps were occurring, and the dishwasher decided to leak over the kitchen floor very late on the night before the party…. never mind – it worked out beautifully!
*** idea totally stolen from an old Donna Hay mag.
****made by my clever friend Josie.  So simple and the kids LOVE them!  Bear specifically requested them after enjoying them at Josie’s sons party.  I’ll be having them at every party from now on!