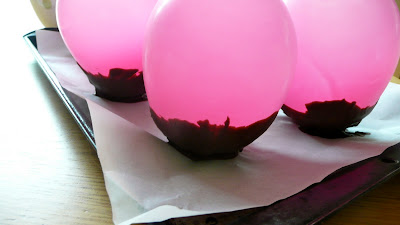 we made something that I’ve been meaning to try for a very long time.
Our own chocolate bowls!  For a more elaborate tutorial and where I got the idea from in the first place head over to the very clever Bakerella. 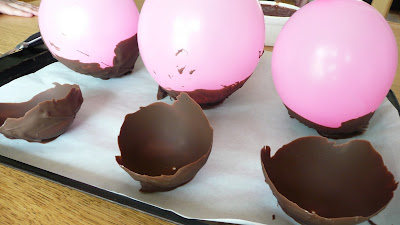 These were made by children, so were not the neatest of bowls, but it did not affect the taste!  One of the children, who will remain nameless, thought they would like to create a bowl larger than anyone elses and tried to cover a majority of the balloon in chocolate only to discover when it was time to pop the balloons that it all cracked into tiny pieces.   The rest of us, with a bowl shape (and not greed) in mind, simply dipped the base of our balloons* in the melted chocolate as thickly as possible and placed it on some baking paper to set.  We put them in the fridge, as we wanted them to set quickly, but you probably wouldn’t need to. 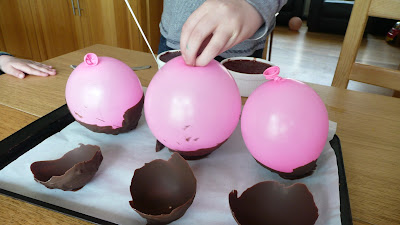 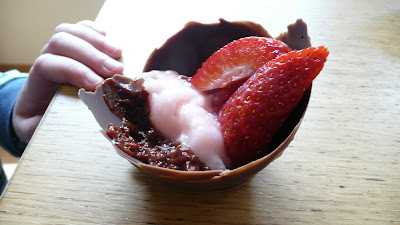 I have seen these chocolate bowls (albiet a little fancier) on the front cover of a Donna Hay Kids mag made using white chocolate mixed with pink & green food dye – I’d like to try that next!  What a fun and impressive, yet super simple dinner party dessert!
For more easy peasy recipes, you might like to check out the FGB easy recipes page

* We used normal balloons blown up very small, but water balloons would be best.
**instant pudding - another food from my childhood that I happened to see on the supermarket shelf and had to give it a try!