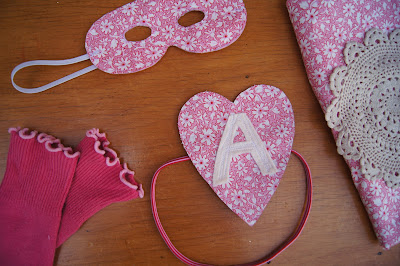 This week ‘Super Frog’ and I have been creating an especially Froggy* superhero outfit for her upcoming 3rd birthday party.  The outfit was completely inspired by this vintage supergirl party and the photoshoot idea from this vintage pink party.
- I used this pattern for the mask and used felt with fabric sewn over the top.
- For the armbands, I cut the toes off a pair of Frog’s socks with an extra slit on the side for her thumb.
- For the belt I used an elastic headband which amazingly was the perfect size for her waist and used felt & fabric again for the heart and letter ‘A’.
- Frog’s ever favourite superhero cape was made by her Aunty Lou who used this free pattern. 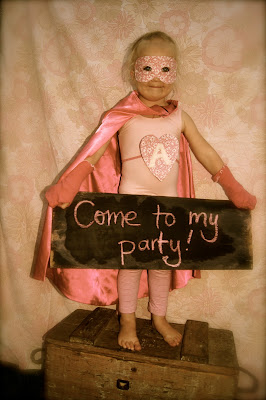 Frog’s favourite thing at the moment is to dress up as a superhero and run around the house with her fist out in front of her. 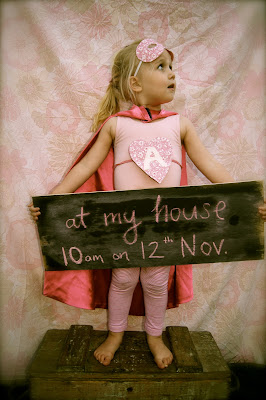 If someone dares tell her that she is ‘gorgeous’, ‘adorable’, ‘cute’ or any other form of endearment, they are promptly corrected with – “No I’m not, I’m super!” 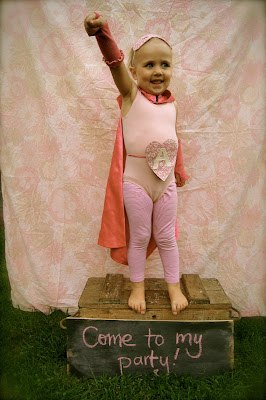 Frog has worn a superman costume to bed as pyjamas almost every night for at least 6 months and now she wears this one (minus the cape & mask). 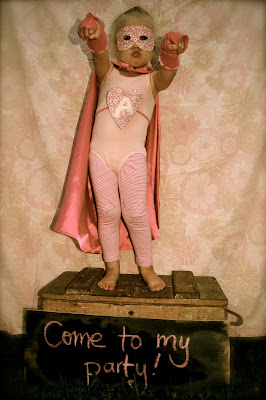 Frog’s favourite color is pink.  She is one of those children who refuses to eat or drink out of any bowl, plate or cup that is not pink.  It’s just one of those battles we’ve decided we’re OK with avoiding.  She chooses her own clothes (I wouldn’t dare!) and the outfits are inevitably pink.** 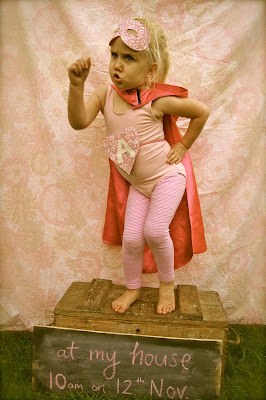 So we did not have much trouble at all coming up with a theme for her 3rd birthday party!
Pink Superhero it is! 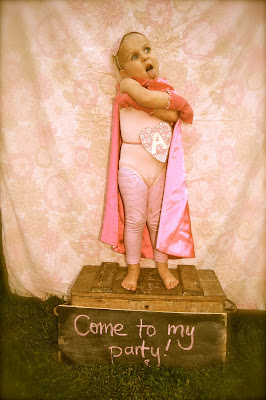 We had so much fun taking these photos for her party invitations.  A simple photo shoot in the backyard – an old doona cover*** hanging from the clothesline with an old wooden box and a piece of wood I found behind the shed that I quickly painted with chalkboard paint. 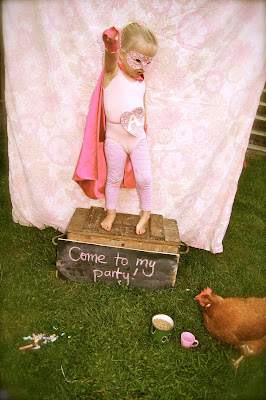 Even her friends the chickens had to be a part of it!
She put a pink cup of tea out for them especially! 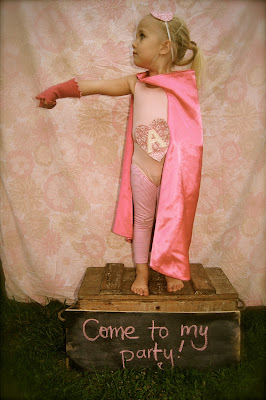 I took far too many and now I can’t choose which ones to use for the invitation! 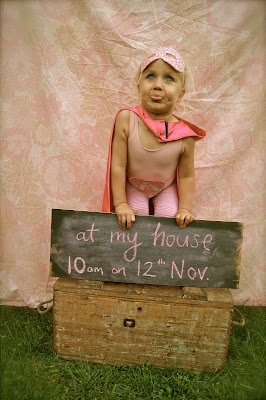 Frog kept asking to draw on the chalk board and when I finally let her, she drew the cutest superhero I’ve ever seen, or is that a ‘super’ superhero? 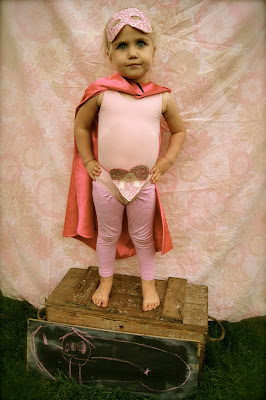 Joining in today with our creative spaces.

* Her real name is obviously not Frog, or she would have an F on her belt.
** This fascinates me!  Her older sister could not care less about color, or what she wore.
*** This doona cover was my first doona when I was a girl.  How vintagely cool is it now?!  Nicely ironed too you’ll notice