As we’re moving house in the next few days and Goose’s birthday is two days later (yes, I am insane) party prep has not necessarily been my first priority, but never fear, I have a party prep protégé.  Lucky, as sometimes I have been known to regret setting the precedent of a big at-home party every year.  Particularly at this time of year.  These school holidays Goose has been a little insatiable for craft, so I’ve just gently nudged (with only the occasional bribe) her toward rainbow crafts that can then be used at the party. 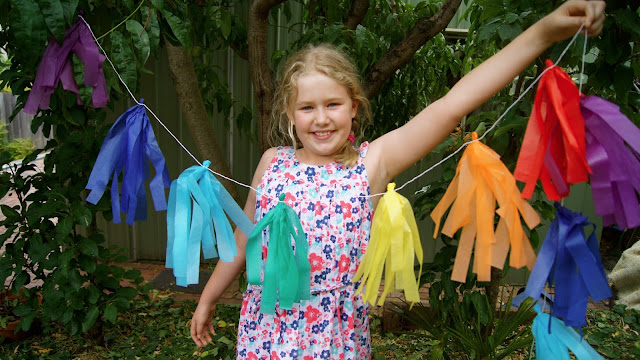 She’s made a very, very, very long tissue tassel garland (thanks to these clever tutes – thanks Brenda & Julianne) 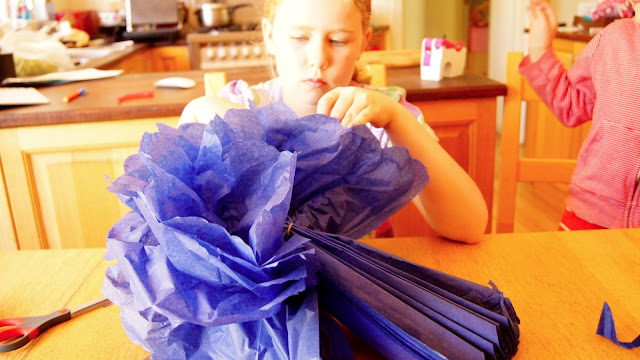 rainbow tissue poms (who knew how easy they were!), 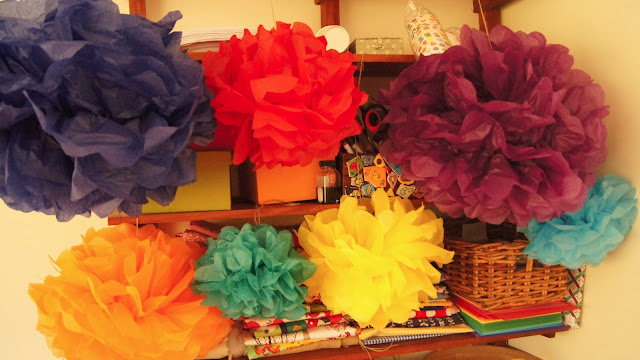 drawn and painted a rainbow for pin the cloud on the rainbow game, 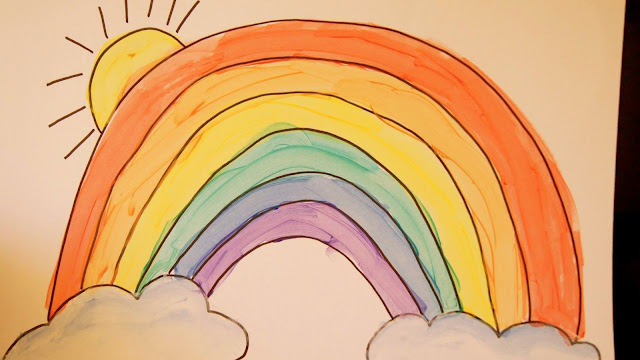 made a sample for every craft activity for the crafternoon, 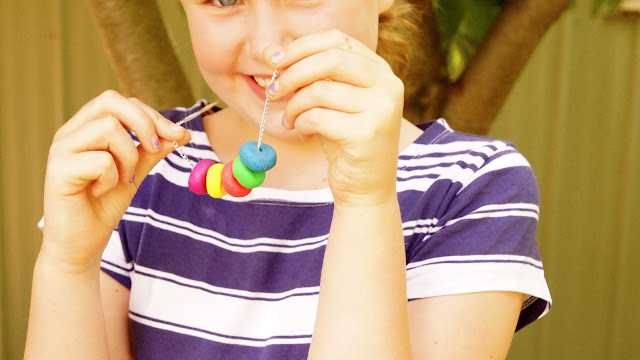 made some rainbow chocolate grissini wands and many other rainbowy bits and pieces. 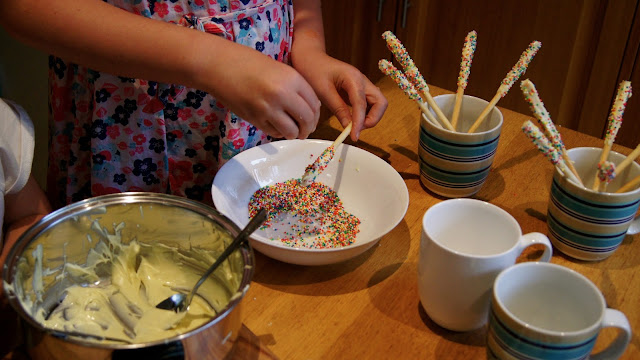 These party things really are “extras, but I’m so glad that she is old enough to do them so that she doesn’t miss out completely on the extras that we love.  Thank goodness for birthday parties in the school holidays!  Without her it may have been a lot less colourful party!  So glad that Goose is making sure the fun remains!
So, things might be a little quiet around here on the blog for a bit, as tends to be the way here when my life hots up a bit.   Now… back to those boxes… and taking big deep breaths … as those short, sharp breaths threaten to overwhelm when I think of all that needs to be done before school goes back next week … next week!!!
How involved are your kids in party prep?
How are you going as the summer holidays near an end?
Still trying to hang on, or desperate for them to be over?