Today little Frog finally got to start kinder!
I cannot believe that it was a whole year ago that her big brother started kinder. 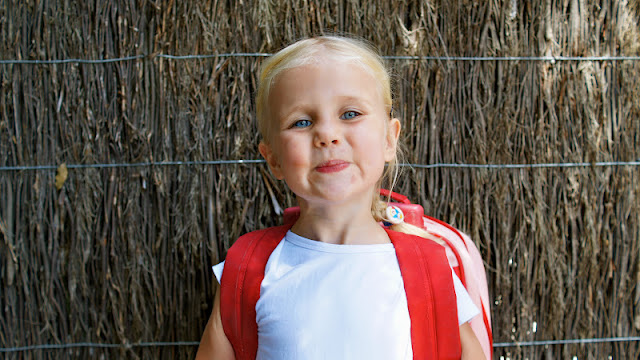 Frog has been so keen for so long and now she finally gets to go all on her very own. 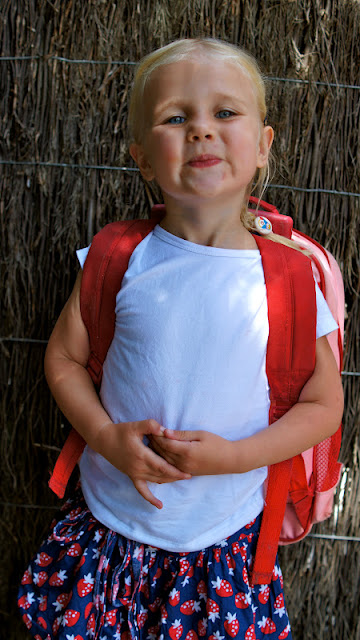 They’ve had a bit of slow & staggered start and then she had gastro the night before her first full day, much to her devastation, then school sores before the next one!  She has been so desperate to go that she’s been packing her own backpack, with hat, snack & water bottle, just to drop her big brother off at his kinder.* 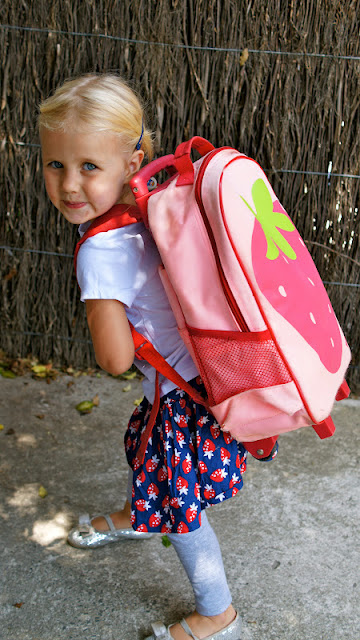 The same backpack that her big sister used 5 years earlier, that is way too big for her but she insists on having.  This child is hilarious.  She is so independent and so full of character.  She does not stop talking for most of the day, decides her own fashion and insists on doing almost everything all by herself. 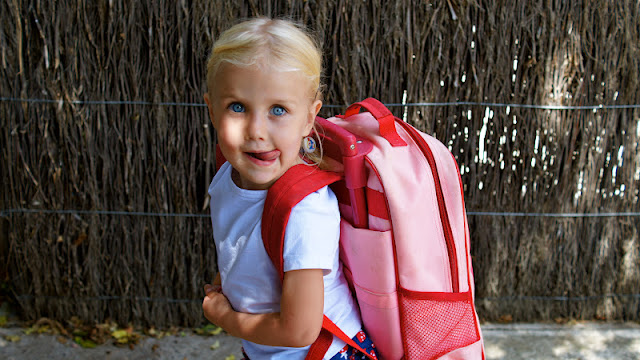 My little girl (“I’m not little Mummy, I’m big!”) is growing up so quickly and I can’t quite believe that she’s a kinder girl already.  I’m loving this age (I think I say that every year!)

* Frog is in 3 year old kinder and Bear is in 4 year old kinder.  Yes, I will practically live there this year!  That’s what you get for having children only 15 months apart! 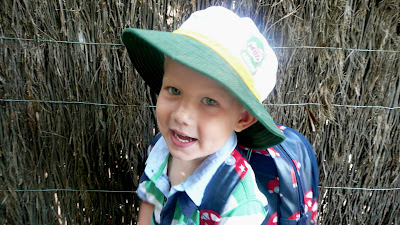 First day at kinder. So proud. 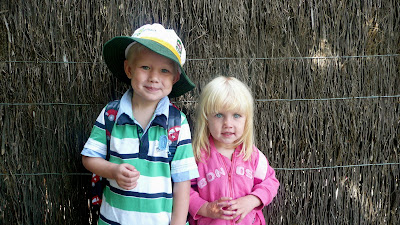 Of course, she had to have a back pack too… 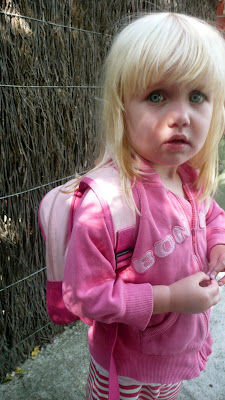